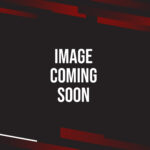 Bio
Coach Katie  played volleyball at Gross Catholic High School and River City Juniors Club. She played collegiately at Hastings College. She has coached volleyball for 7 years at the junior high and high school level. This will be her first year coaching for Nebraska Juniors. One of her favorite volleyball memories is when she won back to back state championships with Gross Catholic. Another is that her team would have to play super late playoff games in order to advance to the final days of the national tournament. What she loves about coaching at Nebraska Juniors so far? “I am new to Nebraska Juniors and so far I have loved coaching here because the coaches and players have been so welcoming and friendly. Nebraska Juniors has always had such a good reputation and they are living up to every expectations and more!”

Fun Facts/Misc Info
Growing up Katie’s favorite athlete was Jordan Larson and it still is! Outside of volleyball she loves spending time with her family including her husband and daughter Zoe. They love to do anything outdoors like going to the lake, pool, camping, golfing, going to concert and traveling to new places. If she were stranded on an island she would bring a hammock, a swimsuit and Wilson the volleyball! A random fact about her is that she can juggle.